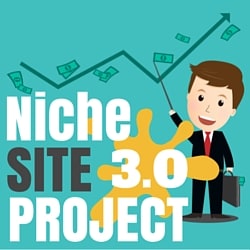 Has it really been a month since we talked? Seems like it was just yesterday. But you know what they say: “Time flies when you’re grinding through outreach emails.” That’s what they say, right?

Really, though, in the last month, Colleen’s been kicking some major butt, and we’re going to get to that, but I also wanted to reshare how pumped I am for Colleen’s big life update: she quit her job and is now officially a traveling site builder!

That’s a pretty amazing change. As she mentioned on our call, about a month ago, she put in her notice at her job and just found the cheapest plane ticket to Europe she could find. She didn’t care which country she was going to. She just wanted to be free, man!

The best ticket she could find was to Dublin, Ireland. So, now, her social media feed is pretty much all Guiness and fiddles. But I’m stoked for her. Congrats, Colleen!

Of course, she’s also been working on her site…

And honestly, she’s crushing it. She’s had quite a bit of success with her first link building campaign. I got more than one ecstatic Facebook messages from Colleen showing me her new, shiny links.

Like we predicted in our first couple of calls, Colleen’s skillset is perfectly suited for linkbuilding and outreach. In fact, her very first campaign converted as well as my best one!

Why? Mostly because communication is one of her primary skills—a skill she’s developed for her entire professional career. She knows how to talk (and write) to people, and it shows.

That doesn’t mean we’re stopping, though. We’re on a roll, so we’re going to try to leverage that momentum into another great outreach campaign. To do that, we’re going to refine our process even further. Here’s how.

Say you create a great piece of content. You get an infographic designed. You pay a writer to develop a 5,000- or 10,000-word guide. You buy a press release. You boost a few Facebook posts…

…And you can see how that starts to add up.

Long story short: we don’t want to spend $500 every time we need to create a linkable asset. In fact, for Colleen, there’s about $50 left in her budget total! We spent most of our budget on content. So it’s not even an option.

To do that, we had to rethink what a linkable asset really was. I also went through my whole link profile and all my outreach campaigns to see what it was people were actually linking to.

There were a few of the usual suspects, of course: broken links and epic content. But I also found a few types of content that really were short.

Here’s the conclusion I came to: a linkable asset doesn’t have to be epic; there simply has to be a good reason for someone to link to it.

After looking at all my guest posting, guestographic, broken linkbuilding and skyscraper campaigns, I was able to categorize my linkable assets into four types.

I’m only going to cover two in this blog posts—the two newer/fresher ones (the other two you’ve heard before).

Here’s a quick rundown of the new linkable assets we created (warning: coining some new terms here, so prepare tweet). There are examples of these in the video, too. 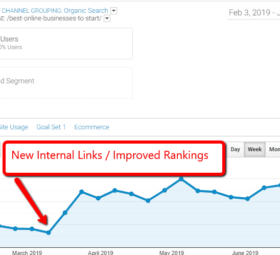 I’m doing this one first because I think it’s slightly confusing. I’ll do my best.

Overlap assets are simply blog posts bloggers in other markets would want to link to. Almost always, you use these in guest posting campaigns. Here’s the idea:

Say you have a fitness blog, and you want to pitch to DIY blogs. You could pitch something like, “How to DIY Your First Home Gym.” That’s the pitch.

So, you could create a blog post on your site (the asset) about the cost of fitness equipment called “Fitness Equipment Cost List.” That’s the asset. It’s short. Maybe a couple hundred words. A simple—but good—list.

In other words, you would write a guest post called “How to DIY Your First Home Gym,” which would link to your asset, “Fitness Equipment Cost List.”

If you wanted more links, you could simply pitch different versions of that guest post to lots of DIY blogs. Or you could come up with other pitches that would want to link to your asset.

Timely assets are blog posts about something that is going to happen really soon.

They’re meant to be used as sources for timely guest posts.

In other words, both your guest post and your linkable asset are very timely. And because they’re so timely, it’s almost irresistible to editors. If they want to be a good editor, they need this piece of content before hunting season starts (or whatever).

But the idea is to create an asset and a guest post that are both really timely and would naturally want to link to each other.

These kinds of linkable assets can be short. It’s a simple cost list. Or it’s 700 words about how deer behave in August. Whatever it is, it doesn’t need to be epic. It can be simple and short, but it still gives people a really good reason to link to it.

You can even do this process in reverse, finding good articles on your blog and asking yourself, “What kind of guest post would need to link to this?” Then, just pitch that guest post. That way, you don’t have to create anything at all.

I hope all that makes sense. It’s really just a matter of pitching hyper-relevant guest posts and creating stuff on your site that your guest posts would need to link to. It’s natural, and it’s a great way to both get links past editors and capture some highly qualified referral traffic.

So give it a shot!

Or if you would prefer to listen to the audio only, you can download it here.

When SEO Rules Don’t Apply: eCommerce Sites and Other Anomalies

Podcast 53: How to Earn Over $12,000 Per Month Selling Physical Products on Amazon with Chris Guthrie

Perrin/Colleen,
Thanks for another great update. I’m learning a lot from these. While you’re not ready to share the actual domain or niche, are you able to share how many keywords you’re currently ranking for in Google Webmaster tools and what the current DA for your domain is? It would be awesome to get a sense of the progress you’ve made thus far.

Amazing post as always! I just recently included an infographic, but now I need to make some more linkable assets. Thanks for the sweet update!

Do you have to reach out with your infographic to get noticed, do you use social media? how did it work for you? Just curious

Think I figured out what the new site is. I might get my internet detective badge after all. 😉
Won’t spoil the fun though and will keep it to myself. Anyways – if I’m right, then the site is looking good! Well done.

Yeah I think I did too. hahah! Lips are sealed other than to say, it’s not that hard to find! Looking great Colleen! and Congrats on your digital nomadness!

Ahh great. Just what I needed to save my budget. I have been agonizing over what type of linkable assets to create. Now I know.

Just a question about guest posting. Bit of a newbie here.
Does google value just the 1 guest post on another site? Or if the opportunity came up to be a regular guest poster, is this better? More guest posts the better even if it’s on 1 site?

Thanks for all the valuable info, following along the podcasts and learning lots 😉

Yeah this is not a hard website to find at all, either is Perrins by the way. I live in Belfast and might have walked right past you Colleen ha ha! Best of luck, the site looks really clean and full of great content.

This post starts out by talking about obtaining links without going to the effort of producing (epic) content, which of course is finite, and costly in time and/or resources. But it then goes on talk about guest posting, which is going to take just as much time if not more, but this time you’re producing content that could be on your site but is instead on another. 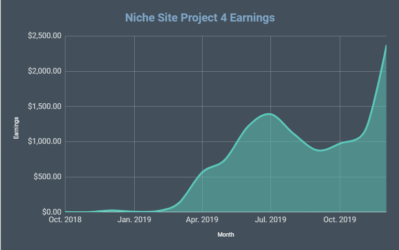 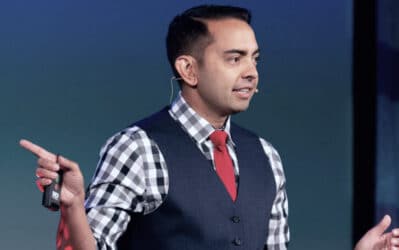 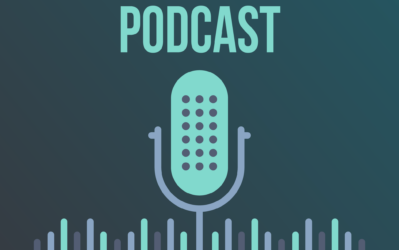 Podcast 164: How to Outsmart the Startup Game Through Acquisition Entrepreneurship With Walker Deibel 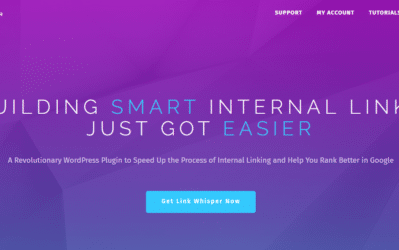 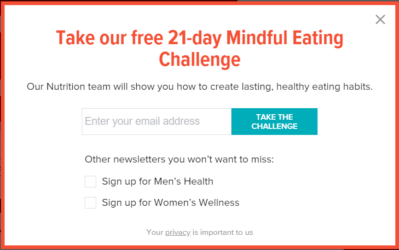