Scott Voelker may be a new grandparent but has the energy of a teenager. This year marks his 19th year being self-employed, and although he is slowing down to focus more on family, his workload at Brand Creators is still more than most will tackle in a lifetime.

Running the Rock Your Brand Podcast is his primary focus with nearly 900 episodes and 16 million podcast downloads, but that's just the start.

In his early days, Scott would see others being successful with a project or business and think, “I can do that, I can do better”, and next thing you know he would be building something new.

For those that know Scott best, this doesn't come as a surprise. Even before Scott was building a business, he was building homes in the construction industry. Scott loves to create new things. 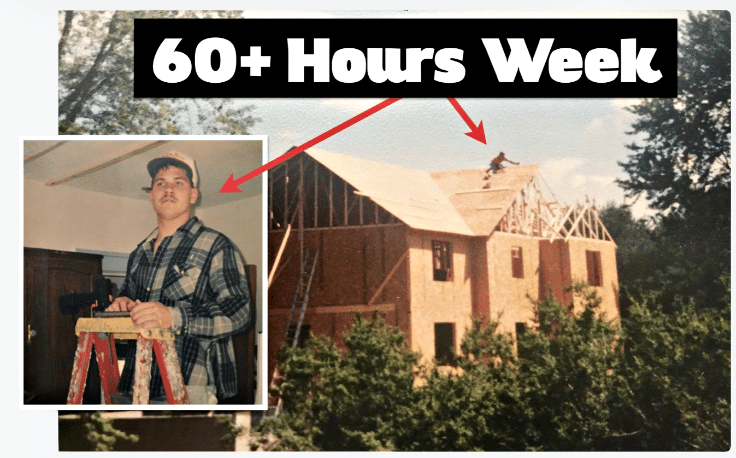 Scott has been in both the online world and physical brick and mortar businesses. He previously ran a photography studio for 5 years. It's these types of experiences that have made him incredible at building brands.

Interestingly Scott has been able to boil down two things that are the same for every brand.

Traffic + Offers is the core of any business.

You have to have an audience to sell to (traffic) and something to sell (offers) that makes a profit.

While this is a bit simplified, Scott dove a little deeper into business strategies that he used to build the business that netted him 7 figures in the three and half years building the company he recently sold.

This particular business he grew with a business partner.  While it started off as an Amazon FBA business, they also built an authority site in the space that really enhanced the overall business.

What I love about these strategies is that it doesn't matter what business you are in. They work. The products they sold in this business were accessories to household items—for example, an accessory to a Kirby vacuum or other appliances.

After three and half years and the decision to simplify a bit, Scott and his partner in this Amazon FBA business decided to sell.

Scott and his partner choose Quiet Light Brokerage to sell. Before they sold, they met with their team and were sure to prepare themselves early. They started to get their financials in line with a third party accountant and prepare the business for the sale.

Their preparation paid off. When listing the business, 6 offers came almost immediately. They choose one of the highest bidders, but unfortunately, Covid hit. 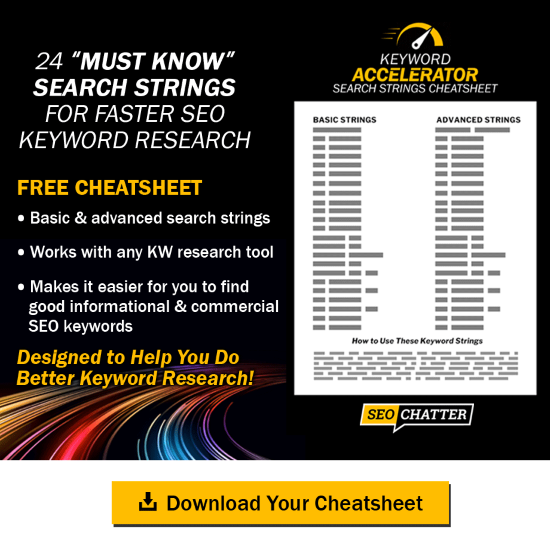 The benefits of taking the extra time to prepare financials allowed the buyer to leverage the SBA lending options. When Covid hit, finding a bank open to complete the deal delayed things. Eventually, after about a month, the buyer backed out.

They went back to the drawing board and eventually sold the business to a very capable, if not better, buyer.

Getting Back to Creating a Lifestyle Business with Brand Creators

Selling the business was a significant component of simplifying and getting back to creating a lifestyle business for Scott.

Scott knew he was pushing the limits with so much going on. Even with the sale of the business, Scott made an important decision.

He was no longer going to compare himself to others. He would instead look at what he wanted. Pick his own numbers to challenge himself with, understand those numbers, and get real with it.

The first step was the rebrand of his podcast from “The Amazing Seller” to “Rock Your Brand”. 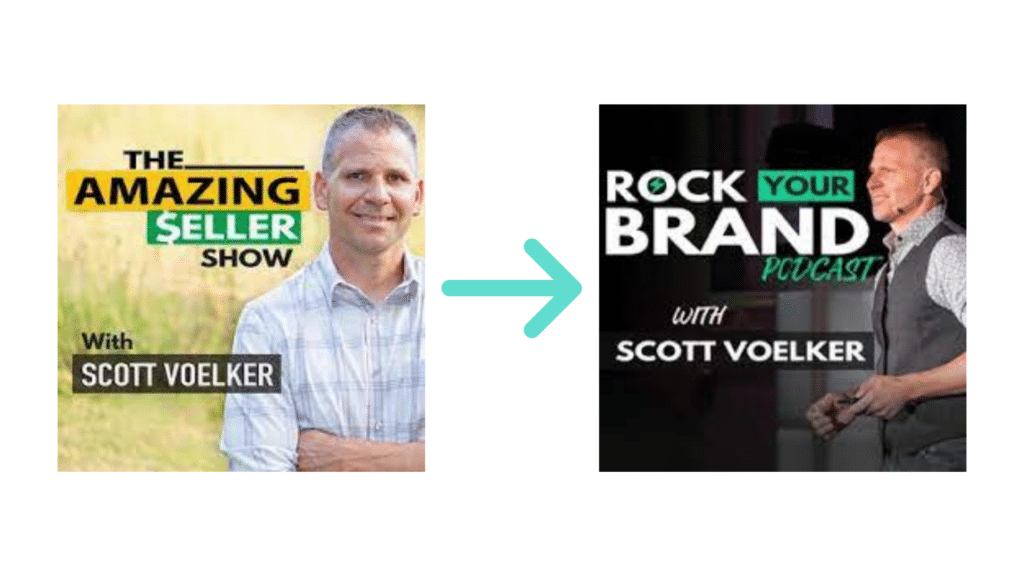 In business, it's not uncommon to take on the identity of your business brand.

I can't tell you how many times I've been referred to as the “Niche Pursuits guy” Scott found he was known as being the “Amazon Seller Guy”. He wanted to expand to other things than just the Amazon sales.

No, he's not saying goodbye to Amazon, but Amazon is simply a tool. The rebrand allowed Scott to focus on what he was truly great at, building brands.

The rebranding also allowed him to stay true to himself and the lifestyle business he wanted. The Rock Your Brand podcast allowed him to not just talk about Amazon selling, but all things business.

Not only could he have unique guests on his show, but he could talk about health, fitness, or even business mindsets, things that are often highly needed and neglected for entrepreneurs.

But the broader niche didn't solve all his problems. In fact, this required him to focus more. He scaled back even more by stopping the sale of his courses, slowing down on case studies, deciding to put his focus in just a few areas.

Scott and I go way back, and I'm excited to see him put his focus into these areas. He's built himself a great funnel and will hopefully be able to spend a lot more time being “Papa” Scott.

One of the things Scott and I connect the most with is our attention to the family. Many people say that family comes first, but with Scott, you know he means it. From his father as his mentor to how he makes his kid's events a priority. Even with taking on so much, it's evident his family truly comes first.

You can read more about Scott, his family, podcast, and brand creators academy at BrandCreators.com

Check out Rock Your Brand Podcast

Listen to the Podcast

Is Stash Legit & Safe To Use As An Investing App?

A True Guide to Website Maintenance Cost: How Much Should You Expect to Pay?

GrowthBar Review: Is This Affordable AI Content and SEO Tool Any Good?

SiteGround Review: Still a Great Blogging Host, Or Are There Better Alternatives?

How to Start a Consulting Business: An 8-Step Guide to Growth