What is Neil Patel’s Net Worth and How Did He Get It There?

Neil Patel's net worth is around $30 million.

Depending on your opinion of Neil Patel, you may either think that's a preposterous number or way too little for how much content he seems to produce. Which, to be fair, is a lot.

But there's no denying the fact that Neil Patel is everywhere, and to many people, he is synonymous with digital marketing itself.

He seems to work with all the biggest brands, owns several companies, and provides a gateway for many aspiring entrepreneurs.

Given how many people know his name, it's surprising he's not worth more. It's worth mentioning, though, that his net worth in 2016 was estimated to be around $10 million, so he's multiplied his earnings as of late. 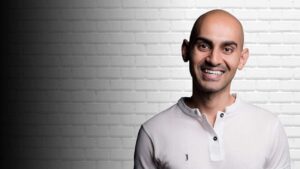 You can define Neil Patel with a lot of labels — entrepreneur, marketer, software developer, or advisor.

Based on the amount of material he produces, though, it seems the one that is most fitting is that of content creator.

To say Neil Patel puts out a ton of content is putting it mildly. While he only writes one blog post a week, every post averages between 1500-2000 words.

Additionally, he records 12 YouTube videos and 30 Marketing School podcast episodes every single month, spending nearly $17,000 per month to produce and edit this content.

Neil Patel was born in 1985 in London, England, but moved to Orange County, California when he was 2 years old. Though Neil grew up in a middle-class family, he was surrounded by entrepreneurs that encouraged him to pursue his own goals.

At 16, Neil started his fist online venture — an online job board called Advice Monkey. By his own admission, it didn't go well, but he was able to scale the site to over 100,000 average visitors a month.

The experience forced him to learn digital marketing and, most importantly, how to make it profitable.

From there, Neil started several marketing and software companies that have since become profitable. Crazy Egg is one of the most notable, but he's also started Advantage Consulting Service, ProNet Advertising, QuickSprout, Kissmetrics, and eventually NeilPatel.com.

What Contributes to Neil Patel's Net Worth?

Neil Patel is a prime example of the first-mover's advantage. Since he's been in the game for so long, he has a reputation that is synonymous with online marketing as a whole.

As such, he's able to leverage his personal brand to great effect.

Despite what you may think, Neil Patel makes most of his money the way that you or I might — he just does it on a larger scale.

There's no question that Neil understands affiliate marketing. He's written hundreds of blogs on the value of giving away your content for free and how to monetize it through affiliate networks.

With several million visitors to NeilPatel.com per month, he's able to leverage his blog — which is loaded with affiliate offers.

It's estimated he makes nearly tens of thousands of dollars every month just from NeilPatel.com.

His blog QuickSprout is estimated to bring him another million dollars every year.

As one of the biggest names in SEO, Neil Patel regularly works with some of the biggest companies. eBay, Facebook, Intuit, and even Google count themselves as some of his clients.

In fact, according to his website, Neil (and his employees) claim to work with over 5,000 small business and enterprise clients.

For lead generation, Neil offers a free site audit, followed by an action plan, then a quote involving cost and projected timelines. Interested parties can book a call right on his website.

Neil Patel is the founder of multiple businesses. He has the rare claim to be part owner of not one, but several, multi-million dollar companies.

Crazy Egg, Hello Bar, and Kissmetrics are 3 of his most successful companies. He also owns Ubersuggest, which is one of the best keyword research tools, as well.

Although not as well known, his agency NP Digital provides tons of services to clients all over the world.

These costs are in addition to any kind of transportation and accommodation fees he requires as well.

This price range puts him in the same category of speakers as comedian Adam Devine and actor Ben Savage. Not too shabby for a guy that is “only” a digital marketer.

What Lessons Can We Learn?

With so much success in his life, Neil Patel obviously has a lot to offer the marketing world.

Several of Neil's early businesses didn't work out. He was ripped off by at least one marketing agency, spent too much money on advertising that didn't work, or focused on the wrong types of keywords.

Neil is very open about his mistakes — both past and current — because he uses them as lessons for growth. He's learned from what works and what doesn't, and makes his decisions accordingly.

His content is popular for at least one big reason: It's so relatable.

If someone at his level can have so many failures and still push forward to achieve success, you can too.

Neil Patel is notorious for running copious amounts of A/B tests. Every single thing, whether it's a heat map on his website or a social media campaign, gets run through a battery of tests.

Some of his biggest tests are so outrageous that most of us wouldn't even think about attempting them.

In one case, he bought an unrelated social media handle and put it in his own name, then tried to compete with a popular influencer.

Another time, he started a blog from scratch to see how fast he could get it to 100,000 visitors a month.

Why try such outlandish tests? It may be because he's a naturally curious person, or it could be that he's trying to discover every angle he can to one-up the competition.

But blogging is Neil Patel's bread and butter. It's how he started making money online, and it's how he helps other people online.

NeilPatel.com publishes an average of 3.27 blog posts every single day; that's what his audience expects, so that's what he delivers.

What kind of content does your audience want to consume, and how can you create it for them? Those are key factors to consider when you're determining what to blog about.

It Pays to Stay Current

So much of digital marketing is a land grab. The doors open, and whoever is the first person to plant their flag usually claims the most real estate (at least initially).

Since Neil Patel has worked in internet marketing since the early 2000s, he's been able to plant his flag in a lot of different areas: social media, SEO, paid ads, and burgeoning platforms like Instagram and Twitter.

As a side note, it's worth pointing out that just because a platform is new doesn't mean Neil Patel is active on it. At the time of this writing, he doesn't have a TikTok account, but he is very active on LinkedIn. Neil Patel knows where his audience is and how to find them.

But when we talk about “staying current,” it's not just about platforms — it's about tactics and content. Remember the testing section above? If it's new, and Neil thinks it could help his business, he'll take it for a test drive.

Stay on top of the latest trends in your industry and you'll automatically put yourself ahead of your competitors.

Will You Be the Next Neil Patel?

I hope not, because Neil Patel's success story can't be duplicated. His processes can, and many marketers have found greater success in their individual areas of expertise by implementing these practices and maximizing their effects.

They may not have the name recognition that Neil has, but that doesn't mean they're not worth several times more than him.

Neil Patel's net worth is attainable by any of us, as long as we're willing to identify an opportunity and dive in headfirst. That's the only formula for success that any of us need.

While I have you, you maybe be interested to see Russell Brunson's net worth!

And get even more inspiration by checking out this awesome list of famous entrepreneurs. 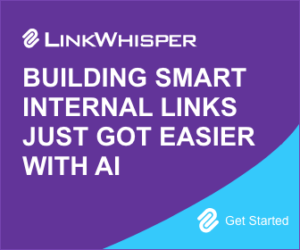