How to Find Your Advantage in Business 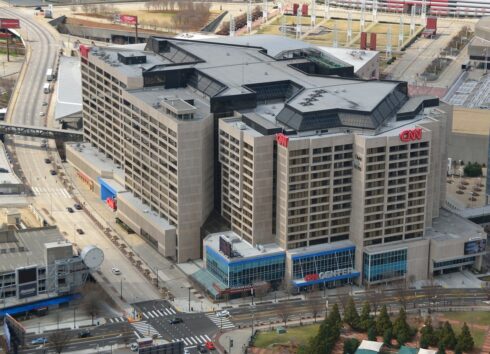 I'm currently reading the book, “Call me Ted” about the life of Ted Turner (founder of CNN, TBS, and many other businesses…and billionaire).

I haven't finished reading the book, so I can't make a full recommendation yet, but I've already picked up on an interesting idea about advantages and disadvantages in businesses and life in general.

I think you have a real advantage.

So, Ted Turner was given some serious advantages in business. In particular, he inherited his father's thriving billboard business at the age of 24…in addition to receiving a couple million dollars (worth closer to $10 million in today's dollars).

Imagine being 24 with $10 million in the bank and a thriving cash cow business.

Not a bad situation to be in!

At first, I was thinking, “Well, no wonder he was so successful and became a billionaire! He was handed so many advantages!”

While that is true in some regards, it truly is remarkable to see the empire he built on television with CNN, TBS, and others. After all, how many lottery winners or other people that inherited large sums of money lose it after a short period of time?

They usually waste it on frivolous spending and don't build anything of significance.

Ted Turner was able to take his advantage of the cards he was dealt in life, and turn it into many thriving businesses that have employed thousands and built a legacy for himself and his companies (not to speak of his philanthropic efforts, which are significant).

Sometimes we can look at people with these advantages and take a negative approach and say, “Well, if he hadn't been given that…he wouldn't have amounted to much.” Or, “If I were given the same advantages, I would have been just as successful as he was.”

I think a more productive approach is to consider what advantages we have been given instead of wishing we had more or discount what others have accomplished.

I applaud Ted Turner for what he accomplished, it really is quite remarkable.

So, think of what advantages you have in your own business, no matter how small. These advantages or special skill sets may help you narrow down where you should be focusing and help you positively approach business.

For example, your advantage may be that you understand how SEO for Google works while 99.9% of the world doesn't.

Your advantage might be that you have creative solutions to problems.

Your advantage may be that you are able to think strategically rather than getting trapped in the minute details.

Now, what I didn't tell you about Ted Turner is that his life wasn't all roses…far from it. The way he received a cash cow business and $10 million (in today's dollars) at the age of 24, was that his father killed himself.

The heartache and pain associated with an event like that is impossible to imagine and incredibly sad.

Not only that, but the business was in the process of being sold, so it actually was FAR from just handed to Ted. He had to immediately take swift action to prevent the business from being sold, which was a very risky move with all the complex circumstances that were surrounding the deal.

Most people would have taken the additional money that the business sale would have brought in and lived a comfortable life.

One of my personal advantages is that I feel like I'm able to trust in my own ideas and solutions, despite what may be “popular” or the “standard” way of doing things.

I'm able to double down on my own strategy and stay focused on my own plan (without worrying about how others go about doing things).

I TRULY believe that all of us have some unique perspective of the world or special connection or opportunity that we can turn into something significant.

It becomes your challenge to discover what that business advantage is despite any disadvantage or shortcomings you may have.

But I believe it's there. Now, you just need to take the time to realize what that is.

Thanks again for reading,

PS – When I finish reading the book, I'll give a better review of whether I think it's worth reading.

Square vs Squarespace: Which Is The Better Platform For Bloggers and eCommerce?

Help! I Hate My Job – How To Quit Your Job ASAP

50 Best Business Podcasts To Help You Grow As An Entrepreneur

11 Etsy Alternatives That Handmade Sellers Love to Use

Ezoic vs Mediavine: Which One Will Give You The Best Value For Money?

How to Become a Twitch Affiliate and Make Money Gaming

The Miss O and Friends Success Story: How a 16-Year-Old Created a $15 Million Business

23 of the Best Blogging Courses: Everything You Need to Know