How to Become a Twitch Affiliate and Make Money Gaming

Streaming is a lot of fun, and for many, it can become a profitable career. The thing is, getting started tends to be the hardest part and it can be difficult to know where you're supposed to begin. Twitch is one of the biggest streaming platforms out there, and becoming an affiliate there is a surefire way to success.

The question of how to become a Twitch affiliate is a fairly simple one to answer. You're going to need at least 50 followers, a minimum of 7 unique streams, and an average of 3 concurrent viewers to name a few. Let us help you achieve your dreams and give you a boost in becoming a Twitch affiliate.

What is a Twitch Affiliate?

Twitch affiliates are qualified streamers who have met a series of requirements (as listed later on) in order to become part of the Twitch affiliate agreement. This allows gamers to monetize their channel as they build a larger audience and work towards the highest streamer tier known as Twitch Partner.

It's a great way to make cash while you game and build a strong reputation. If you want to learn how to make money gaming, here is what you need to know.

Benefits of Being a Twitch Affiliate

Twitch streamers can gain access to some great benefits when they become part of the Twitch affiliate program. This is one of the best ways to make money at 18 – or older!

This is the smallest form of payment that you can receive as a streamer on Twitch, but it's a good start. When your viewers purchase a Twitch Bit, they are buying a GIF to use in chatrooms and Twitch will pay the streamer 1c for each Bit used in their chatroom.

When you become a Twitch affiliate, your viewers will be able to become subscribers instead of followers. This allows them to pay for a monthly subscription (as well as gift it to other viewers) that usually comes with benefits such as access to subscriber emotes and other fun features.

In the past, revenue generated from ads wasn't available to members of the Twitch affiliate program, and you had to be a Partner before you could reach this level. Now, you even have the opportunity to run mid-roll ad breaks while you are streaming in order to take a quick break and earn a little extra cash from ad revenue.

You get a lot of freedom with regard to the way in which advertisements work, and this helps you to build a stronger user experience that keeps your fans happy while also helping to support you and your career goals.

How to Become a Twitch Affiliate

The requirements for becoming a Twitch affiliate are very simple:

We hear you, you want to become a Twitch affiliate fast. It's possible, but you're going to need to put in some hard work and really focus on your channel if you want to unlock the affiliate achievement. We've got some handy advice for you.

How to Get Three Average Viewers on Twitch

Getting viewers and followers is the hardest part on your road to achieving affiliate eligibility. All you need is a little patience, time, and to follow our quick tips below.

There's a lot to be said for becoming a jack of all trades, but you're more likely to get a consistent follower base (and those concurrent viewers) if you decide the genre of game you're going to be streaming the most. That doesn't mean you can't ever stream other types of games, but you need to find one that takes up your main focus.

For example, you might decide that you want to primarily be a Minecraft or a Tarkov streamer, but you can stream a little Phasmophobia on the side when you feel like mixing things up.

Plan Your Streams and Set a Schedule

When you start streaming regularly, a schedule will appear on your Twitch profile to show viewers when you usually stream and when your future streams are planned for. Consistency is key, and if you plan your streams in advance as well as set a schedule you're more likely to get regular viewership and hit that follower count.

Your streams should also be at least two hours long, giving potential viewers plenty of time to join the fun and get engaged. This will also help you hit your stream quota faster and get you those much-needed channel points.

Be Enthusiastic and Positive

Even if you only have one person watching at the time, you have to remain enthusiastic and positive. Rome wasn't built in a day, and the same goes for your streaming career. People want engaging content. They want to feel like they are part of your adventure, and you can let them experience that through your attitude. It's what's going to keep them coming back and get them to bring their friends along.

Ask your viewers and followers what they think of your channel. Ask questions like:

Inviting them to give feedback makes them feel as though they are part of your community.

You can give your followers incentives to look forward to as well. You can do things like a face reveal at 100 followers, shoutouts, perhaps a giveaway, or even special icons that can be used in the stream. The incentives are up to you, but make sure they are something your followers will enjoy and be motivated by.

Get Graphics for Your Channel

Graphics can make all the difference. It adds personality to your Twitch channel and gives viewers an idea of what your personal brand is. Graphics don't just give your main profile a little pizzazz, they do the same to your videos as well. You can have them appear when someone follows you, subscribes, gifts subscriptions, and so much more.

Use Stream Equipment and Software

You don't need the really fancy stuff when you're just starting out. That's an investment to make when you're more committed to the craft.

However, it is worth investing in a new headset and a good quality mic so that your streams sound clear and crisp while you play.

No one wants to listen to a crackly or distorted voice. Give them a good experience from the start.

Fill Out Your Twitch Profile

Having a complete Twitch profile is a massive help if you want to become a Twitch affiliate. It shows that you are dedicated, that you want your audience to get to know you, and also gives new viewers a little insight so that they can decide if they want to follow you. Overall, it brings a little more personality to your brand.

Get to Know Your Audience

Connecting with your audience and getting to know them is crucial. It gives you a better understanding of your target market and helps you build a stronger relationship with them which will help massively on your road to becoming a Twitch affiliate. It will help you determine the content you stream as well as the way in which you carry yourself.

How to Check if You Qualify for the Twitch Affiliate Program

You're going to want to keep track of your affiliate status, and the good news is that you can do that very easily.

Head to the Insights and Achievements section on your Twitch Creator Dashboard. 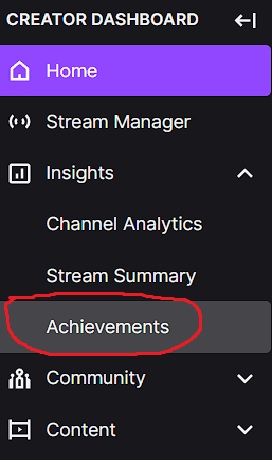 Check your progress on your Path to Affiliate Goals

When your channel qualifies, a button will appear on Your Path to Affiliate Goals. Unlocking this achievement will start the process and you'll join the program.

What comes next? Don't settle for just being a Twitch affiliate. Once you've achieved this, the next step is becoming a Twitch partner and unlocking a whole new level of benefits. But that's a whole other guide.

Is it Hard to Get Twitch Affiliate Status?

It's not necessarily hard to get Twitch affiliate status, but it does take a little work, time, patience, and a dash of luck. If you're determined, you'll get there in the end. Just remember, it's very rare for these things to happen overnight and your hard work will lead to you building an awesome community.

How Much Do Twitch Affiliates Make?

The amount made really depends on the streamer. There are some who are easily raking in $5,000 or more per month while others might be making less than $100.

It all depends on how hard you work, how much you stream, and the way you monetize your Twitch to bring in ad revenue.

Once you make it to Twitch Partner, you're able to make even more money than an affiliate.

Is Becoming a Twitch Affiliate Worth it?

It's definitely worth having an affiliate account. You get some great benefits by being a Twitch affiliate, and you have the opportunity to really work with your viewers and build the kind of community that you want to be part of.

If streaming is your passion, the Twitch affiliate program is the right way to go.

Can You Lose Your Twitch Affiliate Privileges?

You can lose your Twitch affiliate status, and the most common reasons for this are:

Don't forget, affiliate is only the beginning. Twitch partnerships are just around the corner.

For more insight on weird ways to make money online, be sure to see our complete guide here. 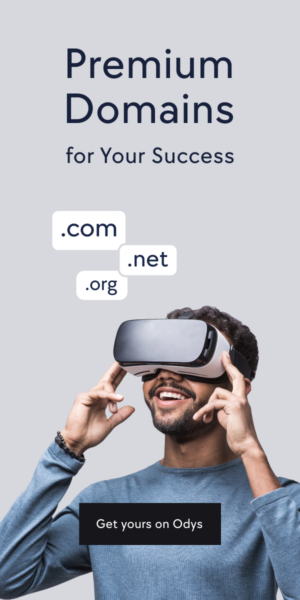 Is a HubSpot Certification Worth It? [Maybe, Here Are 3 Great Options]

What is a Metric in Google Analytics? [Here are 7 You’ll Want To Track in GA4]

Thinkific Review – Is This The Best Tool for Creating Online Courses?