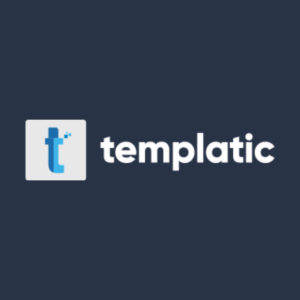 View All Themes In Theme Club 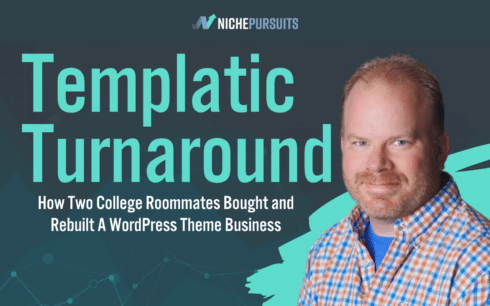 The acquisition of Templatic is an interesting one for me because I had also seriously looked into acquiring Templatic when it went up for sale.

Ultimately I didn't go through with the purchase, as I already had too much going on.

I recently caught up with Anthony on my latest podcast to talk about how the first year of Templatic was going and their progress.

Templatic is simply a WordPress Themes and Plugins business. Actually, they have 120 themes.

Most of the themes in the Templatic portfolio are niche-specific. Their core strength lies in the plugins to build classified themes and directory plugins.

If you wanted to rebuild Yelp, you could do so pretty quickly. Templatic has a blog post where they claim you can build a  directory site in less than 30 minutes!

It's more than just building the directory. Templatic allows you to make money from the template.

You can monetize with the plugins through advertising or paid listings, not something you would typically see on a standard WordPress.org theme. 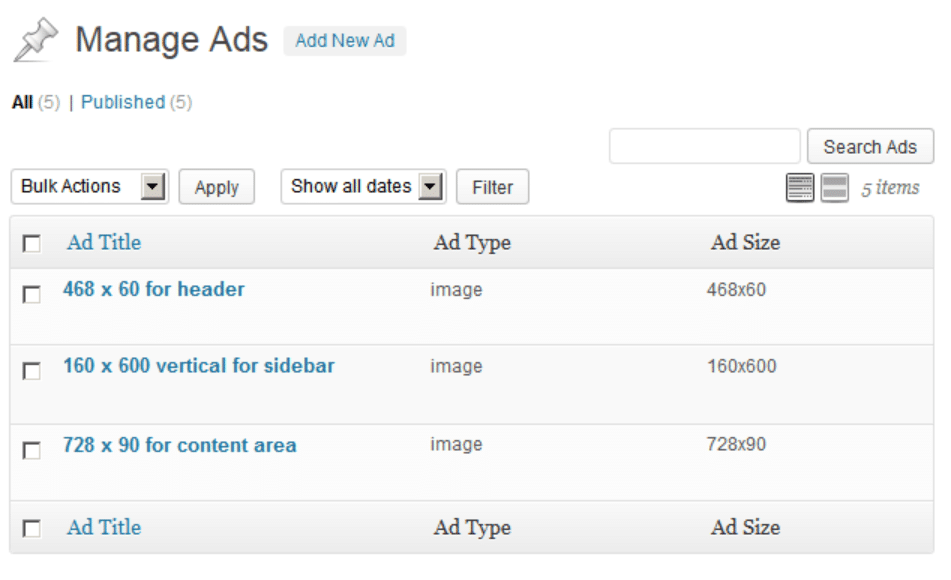 For affiliate marketing, a Templatic directory theme can be highly lucrative. You don't have to build the next Yelp. You can start small. For Own the Yard, a directory of the top landscapers in Arizona could be an idea.

Templatic even has a unique classified theme, which allows you to create your own Craigslist or buy/sell site. 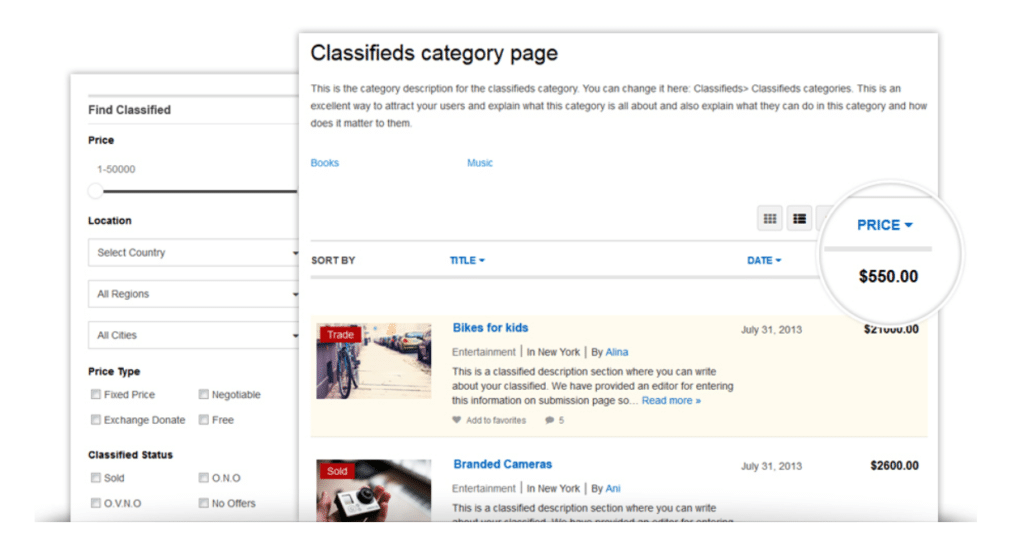 Classifieds can be a unique way to create content and drive traffic to any niche. Let's say you had an authority site for classic cars, you could let your followers post their own classic car for sale listings right on your site.

Most college roommates end on bad terms after someone forgets to do a few dishes. Anthony and Craig remained close friends after many years.

In March of 2018, after Craig had talked for nearly a decade (maybe two decades) about building a business. Anthony and Craig (with encouragement from his wife) decided to partner up.

They knew they wanted to be in the software space, so they began to start reaching out to brokers in the industry.

Altogether, they looked at about 40 or 50 businesses before determining that Templatic was the business for them.

Both Anthony and Craig had full-time jobs, one of the requirements was that the business had to provide an opportunity for Craig to eventually find his career path that wasn't day to day working for someone else.

As with any acquisition process, the team signed the non-disclosure documents, had multiple calls, and analyzed the business.

What they found was a pretty risky business to acquire.

The previous owner had Templatic's assets and software pieces stored on servers in the States. Bank accounts were in another country, and staff in yet another country.

After a handful of back and forth, Anthony and Craig structured a deal everyone agreed upon.

Getting Funding to Purchase Templatic

Now that a deal was on the table, the two needed to find the funds to purchase.

The original plan was to borrow funds from a traditional bank for the new entity.

After getting denied from 14 different banks, Anthony and Craig decided to add even more risk to the equation.

Pooling their funds and personally borrowing funds, they were able to come up with the initial payment for the business.

Templatic had some history, the business started even before sites like ThemeForest was around.

The original plan was to focus on growing the business immediately after the acquisition. Instead, the focus was on updates.

The problem with software assets is you build them, and years go by. You start building software, and the old software gets outdated.

It took 18 months to bring everything to the current WordPress versions so that all elements were compatible.

Anthony and Craig built a great team around Templatic. Hiring a few senior software experts to ensure the software was well organized and stored in the right spaces.

They also took a look at the inventory and looked at what they needed to do for some of the themes that would maybe only sell one or two a year.

These themes had value by being on the website. They looked good, had some SEO value-driving traffic, but the reality was they weren't selling them. The cost and technical debt to manage them required some challenging decisions.

Anthony admitted to being a little inexperienced when it came to the theme distribution centers.

He was initially under the impression they could have taken the plugins and themes to sell on places like WordPress.com or ThemeForest.

Templatic had a history with tens of thousands of users, he assumed Templatic would have no problem getting listed. Instead, they continued to get denied.

Cross Promotion with other WordPress Themes

While the team went to work updating to get approved for the ThemeForest and WordPress directories, Anthony knew he needed to find a way to drive more traffic.

One of the exciting things he found was that many are monetizing and driving traffic in the same way in WordPress.

People who owned themes were promoting other WordPress themes just as they would their own.

Places like A Themes have their themes, but would also promote Templatic. 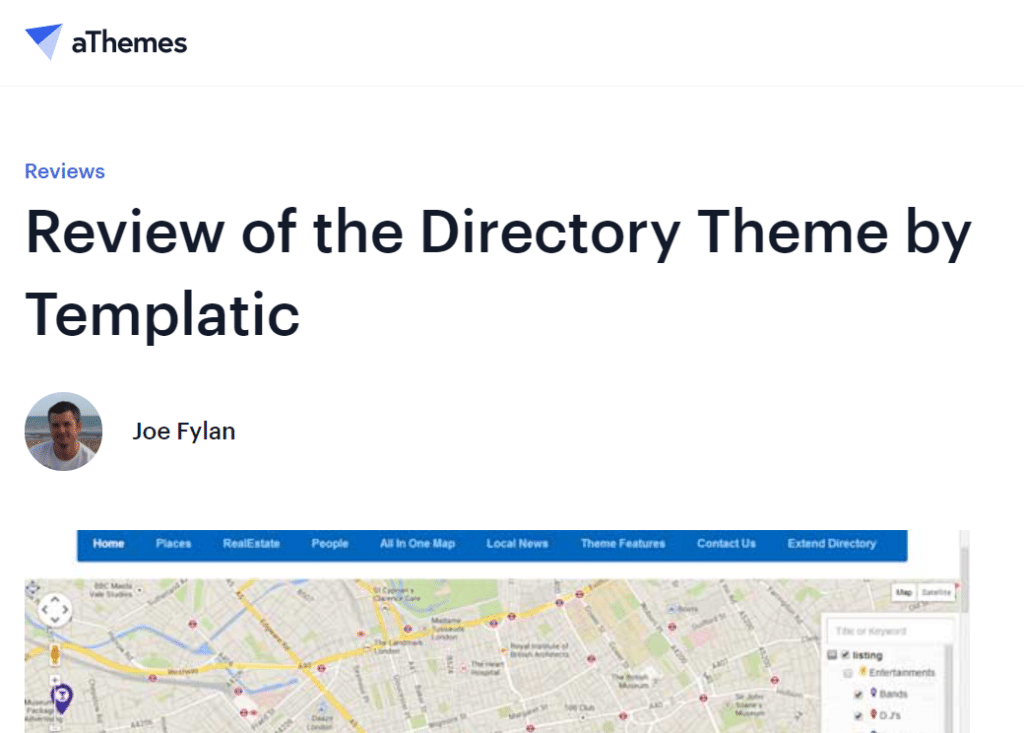 Promoting competitors isn't uncommon in the WordPress industry. WP Beginner is another partner that was helping refer traffic to Templatic.

In exchange, Templatic would refer to traffic back as well. Anthony says, ‘It's just how the industry works.”

The deal was closed in February 2019, but Anthony was building an SEO strategy to grow traffic even before closing. It was working and in April of 2020, traffic was on the rise.

Then Google's May update happened.

Anthony remembers it clearly. He thought that his phone might have been broken, as it wasn't alerting him of any new sales.

With the update, traffic had stopped coming. Templatic didn't go to zero, but 16 of their top pages significantly dropped. Google was essentially viewing the user's intent for coming to the page differently and traffic was going somewhere else.

The good news was in the latest December update. Google appeared to reverse the changes, and the rankings are coming back.

The changes in SEO required a lot of work, but Anthony ultimately found it a good experience. It showed the team just how important SEO was to the Templatic product.

There was a lot of old content on the site. Templatic had been around for 12 years. SEO strategies back then were quite different. Things like having huge keyword density don't work as well as they used to.

The team decided to rewrite the content, and redesign was necessary.

Anthony and Craig hired a technical writer and got started.

When making the updates, Anthony downloaded  LinkWhisper onto the site and found that more than half of their pages were orphaned. They found that content that had been up for years had never received any links.

The goal was to update all the pages. So they started at the top and worked their way down. Everything from revisiting page tags to the syntax for reviews.

Tools like SEM rush and Surfer SEO tools helped the team guide the way, but Anthony admits there is no silver bullet.

Over the years there have been 40,000 people that have installed the Templatic themes.

What's interesting is that a ton of those people never actually changed the footer. This meant that with all these sites linking back to Templatic, Google believed to be Spam.

The first step was to go back and change links on the products, then a long process of disavowing links. They started at the top and worked their way down.

With a lead designer who does all the theme designs, it was easy also to redesign the Templatic site. The entire team rallied around the process to try something new.

Nothing was overlooked. The team completed A/B testing for even the smallest details like font styles. They wanted to see what was working and what helped with user retention on the site.

Now that the site is cash flow positive, the team is looking forward to creating new tools and making Templatic even better yet. They'll continue to stay focused on their bread and butter of directory style sites.

While it was a lot of work to rebuild the WordPress Theme business, Anthony knows it comes with the territory.

Anthony's advice to anyone getting started as a solopreneur or getting their business up and running is to grind it out.

Day in and day out it's a grind, and even if Google wakes up and punches you in the mouth, you just keep going.

Eventually, things will turn around, it's just lots of slugging it out…and keep going.

If you want to make some of that hard work, well a little less hard, you can check out some of Templatics themes that will do the hard work for you.

Word Agents Review: How Vincent D’Eletto Has Grown this Premium Content Agency to 7 Figures a Year

The Future of Podcasting: How Craig Hewitt Uses Trends and Content Marketing to Grow Castos

After 191 Years of Defining Words, Merriam-Webster Starts Cashing In on Affiliate Marketing with Product Reviews

Bluehost vs GoDaddy Hosting (Which One Is Better For Your Needs?)